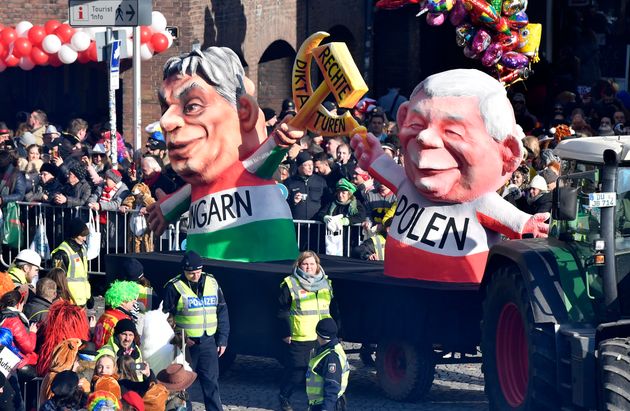 It is time for Europe to wake up – The Coronavirus health emergency was only an excuse, but the anti-democratic leap of Orban and Poland had long been planned and requires a strong response from the European Union, starting with cutting financial support.

There are numerous side effects of the pandemic caused by Covid-19. Certainly, among the most evident in terms of social control is the suppression of all forms of civil protest against authoritarian governments or for the protection of fundamental rights: from Chile to Hong Kong, from Argentina to Brazil to India, not to forget Iran, Iraq and Lebanon. Not least Turkey, which on Easter Eve declared two days of curfew by surprise.

And even if, for each of these contexts, we might find cues from political situations that have deteriorated in recent months or from a worsening of the economic crises in the countries, what is happening in Hungary and Poland has been planned time ago.

Right at the heart of a European Union, these two Countries offer food for thought on the distribution of European financial resources between Countries belonging to the Eurozone and Countries outside the Eurozone.

Eight EU countries use their national currency. It is believed that they are anxiously waiting to join the euro, once they have met certain predefined criteria, but clearly they are in no hurry to comply with them, as they can still enjoy much of the financial benefits deriving from their membership.

Therefore, concurrently with the compromise reached by the Eurogroup, which has launched a series of measures in agreement with the ECB, the expectation of a single front to oppose the “sovereign pirates”, ready to take on European resources, becomes inevitable.

With the approval of a new Law at the end of March for the emergency management of Covid-19, the Hungarian government  has tightened the state of emergency already declared at the beginning of the month, allowing Prime Minister Orban to govern by decree and effectively depriving Parliament of its powers through a clause in the new Constitution introduced (by Orban himself) nine years ago. The announcement of tightening penalties for the disclosure of false information definitively puts a gag on the press and media, as well as the opposition.

The condemnation of the United Nations has been backed up by the Council of Europe’s warning of this unlimited seizure of power which violates democratic rules.

If anyone had doubts about Hungary’s riots against the euro, just listen to the numerous statements by Gyorgy Matolcsy, Governor of the Hungarian Central Bank and number one in Fidesz, the Hungarian Civic Union, a conservative Christian Democrat party suspended since 2019 by the European People’s Party (EPP) for a smear campaign against the former President of the European Commission, Jean-Claude Juncker. Matolcsy praises Brexit and nuclear energy, accusing, among other things, the Hungarian Greens of being an expression of the extreme left.

There are also Orban’s views on the Carpathians as a key reservoir for producing food and clean water for Hungary after climate change. These statements are linked to the dual-citizenship entry policy that Orban ensured with the 2011 Constitution to the almost 3 million “hungarofonians” outside Hungary’s borders, in the Carpathian basin, without considering that half of them are in Romania.

The question that arises, is what has happened to the resolution voted in 2017 – supported by a report by Amnesty International – whereby the European Parliament pledged the Commission to initiate the procedures laid down in Article 7 of the Treaty, which provides for a series of sanctions for Member States that violate the fundamental rights of citizens, culminating in the suspension of the right to vote in the European Council.

As if nothing had happened, with total impunity, Orban set up a new Hungarian right-wing party to join the European group that welcomed conservative sovereigns and nationalists, including Poles and Italians, thus overcoming the isolation imposed on Fidesz.

“HOMELAND AND FAMILY”  LEAD THE NATIONALISTS IN THE ELECTION CAMPAIGN.

However, the Polish-Hungarian plan, based on the political opportunism of the European Union, had already been sanctioned in 2016, precisely in the Carpathians. At that historic meeting, the two countries united their respective rhetoric on anti-migrant policies that led them to erect barbed wire walls and conduct electoral campaigns thus heralding new restrictions on individual freedoms, starting from the press. All this in order to justify a drift that has nothing to do with a union of Europeanist intentions, but only with opportunistic demands linked to the hoarding of European structural funds.

It should therefore come as no surprise that Poland, with great timing, obtained an economic assistance package from the European Commission on 6 April as part of the Temporary Framework for State Aid. The EU Commission explained that Poland will use the new scheme to provide public guarantees of up to €22 billion. The support consists of the provision by the National Development Bank of public guarantees for investment loans and working capital loans. The funds will be available to medium and large Polish companies which operate in all industries. From a business point of view, it is an effective aid to cover immediate working capital and investment needs, while ensuring sufficient liquidity for productive continuity. A measure similar to the one that in the 2008 crisis allowed Poland, which is the main recipient of European funds, to be the only EU country not to go into recession.

In any case, even the Polish Government – like the Hungarian Government – does not shine on women’s and girls’ civil rights. In fact, next week, the Parliament in Warsaw will discuss two bills: one provides further restrictions on access to abortion, while the other is intended to criminalise sex educators by placing them alongside paedophiles. As for the Polish presidential elections scheduled for May, it now seems certain that they will be postponed.

Meanwhile, 10 years have passed since the Smolensk plane crash, in which the late President Lech Kaczynski stood out among the 96 deceased personalities. Russia continues to investigate this tragedy, and the remains of the Tu-154 Siły Powietrzne plane are still being held by the Russians.

The Kremlin is watching the moves of Poles and Hungarians with great attention because of the obvious implications they may have in a political and financial weakening of the EU. It is strongly believed that Moscow has extended also to Warsaw and Budapest the funding to anti-Euro parties that have come to the attention of the European institutions for five years now.

In the light of all this, Brussels should definitively suspend any kind of financial support to countries which, instead of being spasmodically waiting to enter the Eurozone, dance a macabre dance without receding one step from demands without logic or ethics.

Speaking of opportunism, these days in the European debate – in addition to the demands of the sovereignists of the “Central Europe that once was” –  what is also jarring is the attitude of the super-competitive Netherlands –which confirms itself as the fiscal haven of holdings thanks to a particularly simplified company law and a minimal taxation on profits. 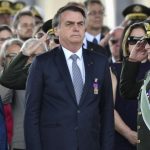 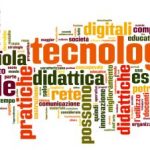