“The slowdown of China’s economy, which caused concern in Western markets, is now seen as part of China’s new course and adjustments in the industrial and service sectors,” said Claudia Segre, secretary of Assiom Forex, a financial markets association in Italy, in an interview with Xinhua.

Li’s remarks, she said, have highlighted the “huge steps” recently made by the world’s second-largest economy to strengthen its financial and banking systems.

Lower oil prices, another central topic at the Davos meeting, have also contributed to reinforcing China’s economy, which is presently marked by a shift of the development model, with more emphasis laid on efficiency and growth quality, Segre said.

“I had a taste of China’s remarkable commitment to building a Silk Road Economic Belt to boost cooperation when I participated in a meeting held at China’s Embassy in Rome last year,” she said.

She noted that China has the highest respect for Italy’s history and art treasures, while Italians are looking forward to further increasing commercial exchanges with a country that they consider a big helping hand.

Giuliano Noci, vice rector for China and a marketing professor at Polytechnic University of Milan, noted that Li’s presence at the Davos meeting has been China’s highest-level delegation since 2009.

“In his keynote speech, Li dealt with the awaited issues of economic cooperation in the complex relations between China, the United States and the European Union (EU),” he wrote in an analysis published by Milan-based Il Sole 24 Ore financial newspaper.

“The long-term strategic perspective of the Chinese premier, with new policies, left its mark on Davos,” said Noci, adding that China’s policies over the last 30 years have lifted hundreds of millions of people out of poverty.

The new course started by Chinese President Xi Jinping, he said, reflects the profound awareness that China has now to foster a new engine of sustainable growth.

“China has entered a phase of new normal, as Li defined it in Davos, with a shift of growth gear from high speed to medium-to-high speed, which is obvious after so many years of powerful growth,” said Gabriele Roghi, head of advice and products department at Invest Banca, a bank specialized in providing investment services to institutional and private clients.

Italy’s financial community welcomes the Chinese premier’s words as “reassurance that China is stabilizing the strength of its economy through slower growth in the medium term, which means, however, more solid perspectives in the medium and long terms,” Roghi said.

“In fact China has reassured markets that its economy is still running despite the slower pace,” he said.

Li’s message of confidence at the Davos meeting was especially important for manufacturer countries like Italy, stressed the analyst. “The Chinese premier’s words were a good piece of news for the Western world, which is somehow coasting on past successes and sees China as a new fundamental protagonist,” he stated. 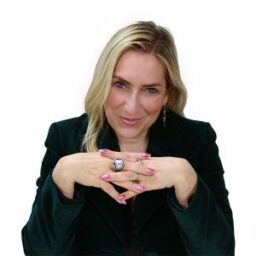