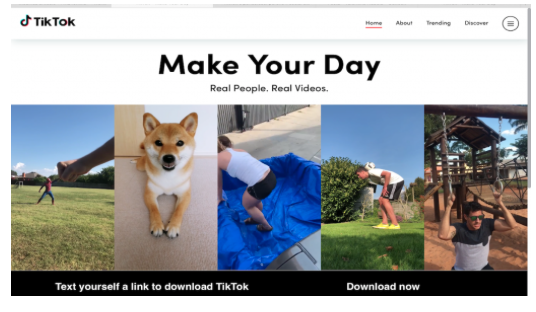 Through videos and post shots, the major social networks are more and more intertwined with the global geopolitical structures and the hegemonic aims of the big blocks in the East and West – The China-India duel and the Tik Tok case – Digital services and IT at the centre of stock markets.

During the week of quarterly reports all eyes are on U.S tech stocks and – given also the persistence of a difficult situation, due to a high level of COVID 19 infections, save for Tesla recovering in the wake of sales in China – Amazon and Zoom will probably  surprise with excellent numbers at the expense of Apple and Hertz.  But all eyes are on the social networking giants, even in light of the new war with the Tik Tok App,  with raised controversies about the more or less ethical ways in which social platforms accept the diktats of the most authoritarian powers, limiting a real freedom of use with bans or even closures for geopolitical purposes.

As if 5G were not  enough to create more than solid conditions to maintain the arm wrestling between China and the USA, the Tik Tok phenomenon is now also joining, being the most downloaded App in the world, produced by ByteDance, a start-up of the young Zhang Yiming. ByteDance is the ambitious Chinese company that with its search engine, Toutiao Search, wants to erode the monopoly of the most used Chinese search engine, Baidu. The value of the ByteDance unicorn has not been affected by the stock market setback caused by COVID 19, and has exceeded 140 billion U.S. dollars, or 33% more in just two years with over 1.5 billion users worldwide!

The military escalation between China and India

Just at the end of June however, bad news began with geopolitics intersecting with the development of the IT Social sector. Starting from India which, after seeing its stock markets close a brilliant second quarter with +20%, has suffered the move of the Indian government that has frozen about sixty Apps linked to start-ups and Chinese companies as a retaliation to the military incidents of mid-June, in the bordering region of the Galwan Valley claimed by the Chinese for some time. Clashes that  have led to the loss of about twenty Indian soldiers.

The year 2020 marks the 70th anniversary of the start of diplomatic contacts between China and India, but, after 45 years of skirmishes with no human losses, these clashes are raising the tension, reverberating throughout Asia, despite Chinese investments in India now approaching 30 billion U.S. dollars and  the cooperation and exchange between the two Countries’ Universities based on a fruitful and constructive relationship. But this is the Chinese strategy, aimed at strengthening relations with Pakistan and, through its Asian lnfrastructure Investment  Bank (AIIB), also with Bangladesh, Nepal and Sri Lanka, a strategy that clearly shows a hegemonic interest in the Indian Ocean basin’s Countries that “suffocates” and besieges the Indian giant.

In 10 years China and India will fully cover the global middle class spending. At stake is the supremacy over the trade areas that are now  weighing heavily on the global economic depression triggered by the pandemic.

On the other hand, over the past two weeks, Chinese markets have strengthened their performance in the second quarter, at 13%, which to date has equalled the Indian leap. This leap was recorded despite the decision to ratify the security law in July, which in fact  has exacerbated the relationship with Hong Kong and forced the US to change its trade privileges with the former British colony. Once again the role of Tik Tok has not failed, with ByteDance deciding to leave Hong Kong while Facebook, Twitter and Google seem to come to terms with Chinese limitations with a compromise already tested with other authoritarian powers, such as Turkey and the Philippines. An attempt to balance a relative “freedom” to spread news, imposed by these Governments, without being subject to the request for sensitive data, but  simply accepting not to deal with certain issues, with obvious business opportunities, unwilling as they are  to give up markets densely populated with “subscribers”!

TikTok will be replaced in Hong Kong, by ByteDance, a “domestic” version of the App called Douyin, which is already circulating on the Chinese domestic market, according to current laws. And if Tik Tok “adapts” to the Chinese dictates  in Hong Kong, in the USA measures have been threatened in recent days by Trump, similar to those taken by Premier Modi in India regarding the alleged Chinese blame on the global spread of the pandemic. But Mike Pompeo, the Secretary of State, points out that the measure is linked to a data security problem – although ByteDance has never provided, according to official sources, sensitive data to the Chinese Government.

Through videos and post shots, data flows and accumulates on social platforms, redesigning geopolitical orders and turning them into powerful means of communication, challenging sovereign Countries like India that do not intend to come to terms with China, but nor do they want to irritate the Russians by not fully trusting the United States. And while Facebook, in the wake of the protests against racism,  is a victim of the “Stop Hate for Profit” campaign that convinced Unilever, Verizon and Coca Cola to temporarily suspend the platform, the Russian hackers of Evil Corp have attacked about thirty American companies taking advantage of the vulnerabilities created by remote  working in many business systems.

It is  all too clear that digital services and the IT industry will continue to dominate the stock market scene, also and above all considering that all this digital universe – now closely related to politics and economic power –  does not have to even worry about fiscal issues: thanks to COVID 19 the U.S. has suspended the  work of the OECD on  the Digital Global Tax, thus  rekindling the dispute between the EU and the U.S., because among the various sovereignisms the digital one is now what counts  and worries, most! 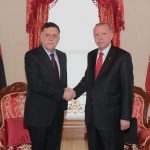 TURKEY, THE PLAN OF ERDOGAN FOR THE CONQUEST OF THE MEDITERRANEAN Previous
2030 AGENDA: ITALY IS ALREADY LAGGING BEHIND Next